The Magugu Area Development Programme (ADP) is located in flat, semi-arid lowland and in the zone with the lowest production potential unless irrigated. The region has a bimodal rainfall pattern (short rains from October – December and long rains from March – May) ranging from 500mm to 750mm per annum. To address water shortages, World Vision started the Rehabilitation of Magugu Water Supply Project in November 2010 in the World Vision New Zealand-funded Magugu (ADP), Tanzania. The project is implemented in partnership with the Babati District Council that contributes technical expertise and 15 per cent of the required funding. Community members also contribute their labour and locally sourced building materials for the building of wells. The project is completed in August 2013.

What are the main problems?

The villages within the Magugu area have a poor piped water-supply system, and mostly depend on seasonal traditional wells for domestic and livestock use

Wells are unprotected and the risk of water-borne diseases, such as diarrhoea, is significant, especially to children

There is a lack of adequate water supply to public places, such as dispensaries and schools 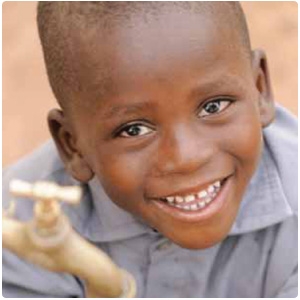 The Rehabilitation of Magugu Water Supply project is now completed, improved access to clean and safe water has had a far-reaching impact on the lives of community members.

Read More by downloading the PDF.